KCRG Investigates after Block by Block House is Demolished

The city has bought and torn down rebuilt houses for nearly five years.  I’ve investigated this myself since 2011! The only answers I’ve ever been given for this is that the “owners applied for the buyout” and that it is for the “city’s preferred flood plan“.  Just because the city has a plan doesn’t mean that it has to make sense.
Chris Earl’s investigative report generated more questions than answers for me.
Is it only newsworthy if a Mathew 25 aka Block by Block house is rebuilt and demolished?  How many other rebuilt houses were bought by the city with our tax dollars to be torn down?  I know of two other properties that were rebuilt, occupied, bought by the city and torn down. They weren’t houses that Block by Block rebuilt but it was only a matter of time before they went after Block by Block houses.  The houses that were rebuilt, occupied, and sold to the city by landlords never made the news!  The question I have is why did they sell out?  Were they offered an incentive?  Did they sell out because they’d never be able to get that kind of return on the market?  107% isn’t a bad deal is it? I don’t blame the landlords for wanting to sell out, especially if there was an incentive.

Chris Earl does a fair job in his reporting but I wish that the report would have focused more on the city taking federal money to tear down rebuilt houses than Mathew 25.  I am more interested in the people who lived in those rebuilt homes. Where are they now?  Were they given money to move?  Are they happy? Would they have stayed if they were given a chance to purchase the house?  Couldn’t these houses could have been sold through the cities “Roots Program“.
The city has done a lot of negotiating with the federal government to get their money to tear down rebuilt houses but when it comes to anyone in the city trying to save a rebuilt house from demolition there is no negotiating with the city.  Once the city agrees to take that federal money the laws dictate that the house must be demolished.  After 1100 homes have gone to the landfill you would think that the city would be satisfied but they’re not.  The will continue to take our tax money to demolish rebuilt homes until they are stopped! Who will stop them?

Get beyond 30 second T.V. sound bytes on the Casino Issue to make an intelligent and informed vote at the Linn County Casino Referendum. Both perspectives are provided here.

Each radio interview provided below is about an hour long. Get more detail and facts to make an informed vote on Tuesday, March 5.

Listen to the Yes side of the Linn County Iowa casino issue;

Listen to the No side of the Linn County Iowa casino issue;

FEMA pays city the cost to replace the Time Check Rec Center; city intends to use a school modular classroom this summer to serve the neighborhood

Eye on the Island

At noon Tuesday, the office of Sen. Tom Harkin, D-Iowa, announced that the Federal Emergency Management will pay the city $1,638,155, which is the amount FEMA has determined is the cost to replace the building. Harkin’s office noted that “biohazardous conditions within the facility” at the time of the FEMA inspection convinced the agency that the flood-damaged building could not be renovated.

Also this week, the City Council is expected to approve an agreement with the Cedar Rapids Community Schools, which will let the city use the school district’s existing modular classroom at Harrison Elementary School as a community resource center from June 15 through Aug. 14. The resource center will serve as a temporary neighborhood center to serve some of the functions that the Time Check Recreation Center did. 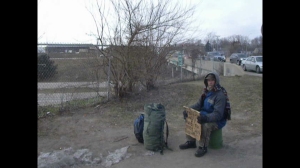 I think it would take a great deal of courage to panhandle for money. I wonder how much of what ‘Jerry’ here says is true?

Do the other two guys own a house and are they panhandling for money to buy land?  One lady from my Facebook page thinks they might have a house over by Kennedy High School (which is a nice part of town).

Do you give money to panhandlers?

With less than $1 billion currently available for federal disaster assistance, the Federal Emergency Management Agency is temporarily suspending payments to rebuild roads, schools and other structures destroyed during spring tornadoes in Joplin, Mo. and southern states in order to pay for damage caused by Hurricane Irene.

WOW, while the whole country is going broke and FEMA funding is low, my city, Cedar Rapids, Iowa, continues to spend like there is no tomorrow– in the name of “flood recovery” when buildings like Public Works were barely touched by flood waters yet are going to demolish it and build new? Why is FEMA talking about cutting off Joplin, MI while they continue to funnel millions of dollars to fund Cedar Rapids ‘face-lift’? We didn’t lose any lives and our city officials and media KNEW there was a flood coming!

Cedar Rapids city council members openly admit they are spending FEMA money because it’s available. It doesn’t matter that the people don’t want the city to use these funds “they are going to do whatever they want, because they can”. While we lose our history/heritage city officials continue to abuse FEMA and the people of Cedar Rapids, so that they can make their friends rich! When will this end?

While FEMA goes broke Cedar Rapids has been giving away property that was acquired with FEMA funding to developers so that developers could profit without going through a bidding process! Not only is this ILLEGAL but it is unethical! One-hundred-twenty year old tax bases were destroyed in the name of “flood recovery” and now we supposedly have a “housing crisis”! Generations of family homes were destroyed for the “preferred plan” a plan that even city workers didn’t know about.

Click here to see the money tree. Tell FEMA to not stop funding Joplin, MI but to stop sending money to Cedar Rapids, Iowa! I love my city but I hate what’s been done to it in the name of FEMA and for our ‘own protection’. Disaster by design? I think so! Plans from 1961 were taken off the shelf and dusted off and greed filled the minds and pockets of those who knew! Click here to see the “vision” for Cedar Rapids, Iowa.

The plot thickens but I don’t have time to go into that today! Visit CRSMELLS.ORG for more information.

Update: Did someone hear me up in the office?

I thought they had until I read this! Let’s just hope that Dubuque doesn’t use the money the same way Cedar Rapids did, as an opportunity!