There is a Cedar Rapids connection to the cop watching journalist, Adam Mueller, who will face a jury in a trial next week on a New Hampshire wiretapping case. If convicted, Adam faces up to twenty-one years in prison.

I came into contact with Copblock.org a little more than a year ago when I wasn’t getting results from my local police department. I submitted a speech to Copblock.org that I had already delivered in front of my city council on June 14, 2010. My hope was that the national exposure would create positive change in our community and in my opinion it has. http://www.copblock.org/tag/ajai-dittmar/

Adam Mueller aka Ademo Freeman, was the person in which I had exchanged a few emails with before the speech was published on Copblock.org. Adam or Ademo of Copblock.org is dedicated to voluntarism and police accountability.

Adam’s charges stem from an incident he reported on that took place in a New Hampshire High School where a sibling spat turned bad when a Police Liaison slung the teen around and then slammed his head into a table at the schools cafeteria.

I don’t know whether officials are charging Adam with wiretapping to teach him and people like him a lesson or if they are trying to cover up something bigger at the high school. In my opinion, the school should be looked into along with the police liaison over the school. As a mother I would be appalled if either one of my son’s were slammed to the table at lunch over teasing their sister with her handbag. I could see my kids doing exactly what these kids did which in my opinion is perfectly normal.

Of fifty states, twelve of them make publicizing taped interviews a crime punishable by prison New Hampshire, the Live Free or Die state is on that list. One would think that in this day and age with all the technological advances we’ve made that these types of draconian laws would be thrown out.

Adam’s supporters were there in the courtroom with him after standing outside the courthouse in protest. Adam is representing himself pro se (defending himself without an attorney) and his jury was chosen on Monday, August 6, 2012. A camera was allowed into the courtroom.

Stop the State of New Hampshire from convicting Adam, write his lawmakers, make videos asking for his freedom, and spread the word about this case! http://electedlist.com/New_Hampshire.html

I wrote Adam a letter and thanked him for all he has done. The world is not a safer place with Adam behind bars. The trial begins on August 13, 2012. I will keep everyone who’s interested posted. http://www.scribd.com/collections/3735171/The-State-of-NH-vs-Adam-Mueller-aka-Ademo-Freeman here is Adam’s paperwork from the courts. If you have any ideas that could help Adam please don’t hesitate to contact Copblock.org

By the way, for my local news agencies, CNN has reported the story and it would be nice if you mentioned it too. http://ireport.cnn.com/docs/DOC-824678 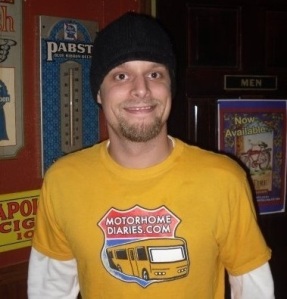 Live Free or Die? What kind of motto is that in a state that locks someone up for doing something we are guaranteed in the United States Constitution- Freedom of Press.

Adam Mueller is facing 21 years for reporting the truth about an incident in a New Hampshire High School. Adam is a journalist who was doing what journalists do. I appreciate Adam’s candid reporting.

I would think that our schools would rather have our children safe than worry about the reputation of a bunch of unbridled adults. Why aren’t these officials being held to a higher standard?

Adam has done a lot on a national scale to help common people root out bad officials and he should not be in jail for it. Free Ademo

In my opinion, it is treasonous to lock someone up for reporting the truth to the public! Imprisoning Adam Mueller is a waste of taxpayers money! 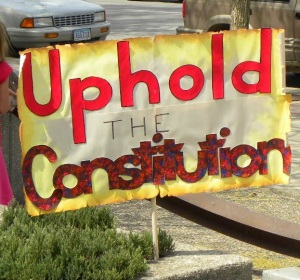